Space is the Place for Cowley Road Carnival 2019

Cowley Road Works has celebrated its big day “Cowley Road Carnival 2019” Successfully, with a project funded by the Science and Technology Facilities Council to celebrate the theme Space is the Place for Carnival 2019. 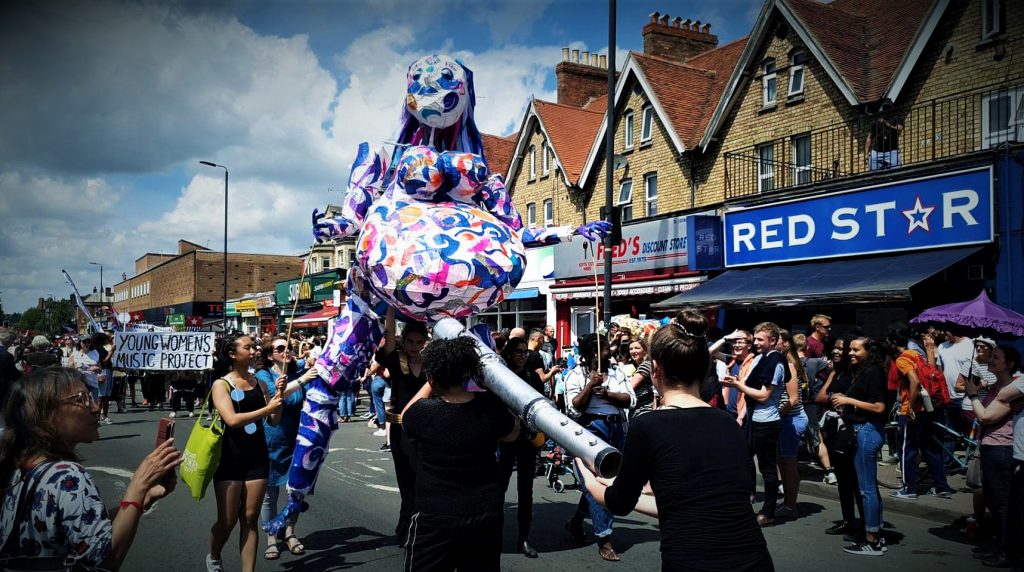 Cowley Road Works, the charity which organizes the Carnival, has partnered with Oxford Physics (Oxford University’s Department of Physics) in a joint community project, funded by an award from the Science and Technology Facilities Council (STFC). The project connects Oxford Physics researchers with community groups using the theme of Carnival 2019 – Space is the Place – as the launchpad for an exploration of space science, technology and creativity. The results of which we all have seen on Carnival Day. 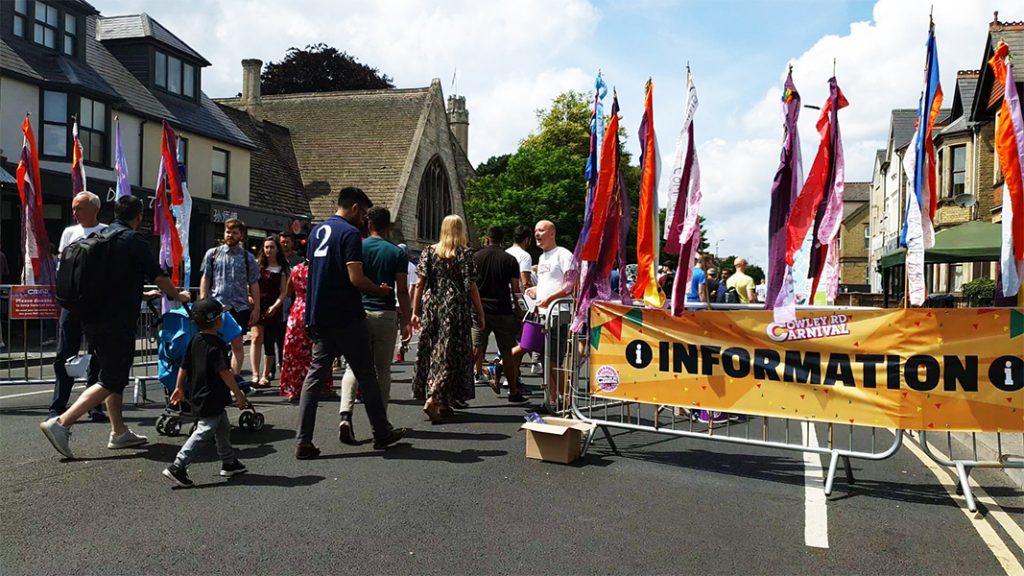 The Carnival regularly attracts 50,000 people to the festival which had held on 7 July this year. The theme, Space is the Place, was chosen as excellent opportunity to showcase the exciting work being conducted by scientists in and around Oxford as well as to celebrate the 50th year anniversary of the Moon landing in July 1969 and wider space exploration. 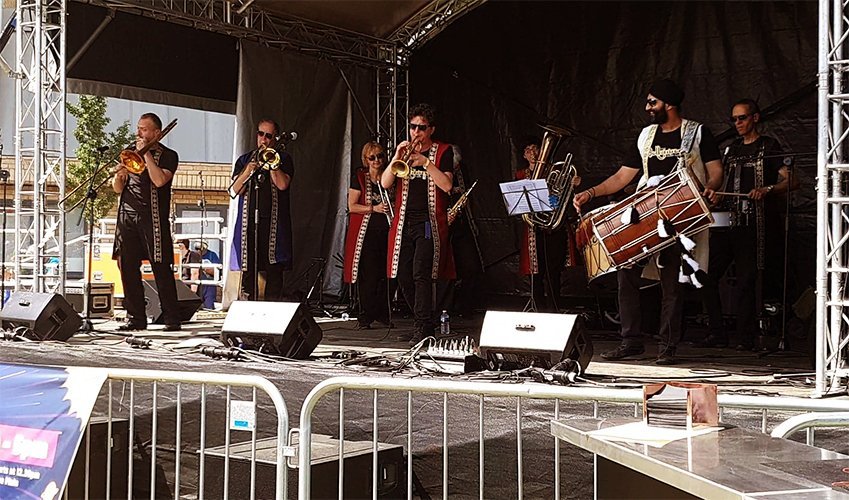 The project has connected four separate groups of Oxford Physics researchers with four community groups each working with artists to co-create four space-themed carnival art structures for the Carnival procession. The design and making of these structures has been running over a six-month period of sustained engagement with the community groups representing a cross-section of people facing barriers to participation in science and who are under-represented within STEM (science, technology, engineering and mathematics) careers. 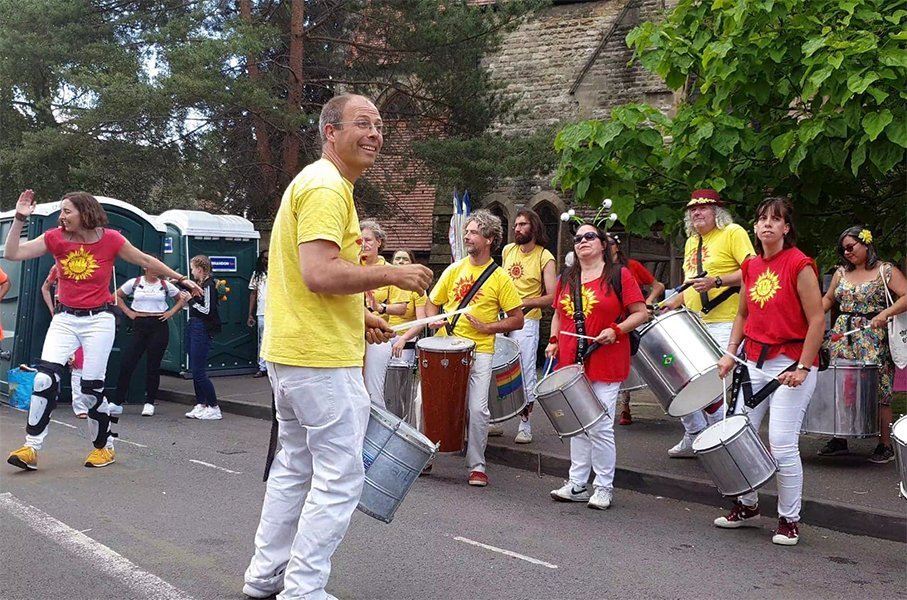 The community groups are: 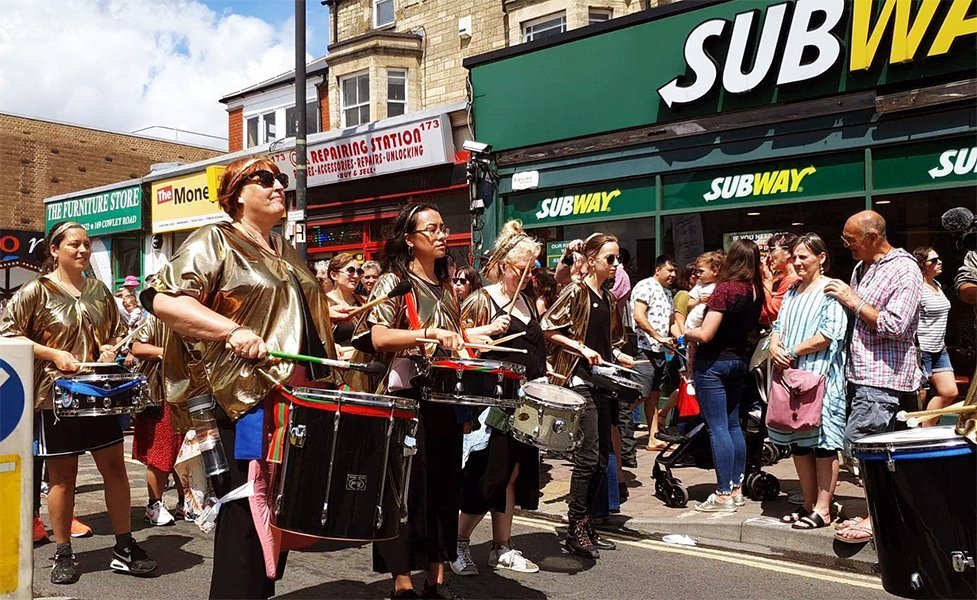 The project has focused on four strands of space-related research in Oxford, each led by researchers with a passion for community engagement: 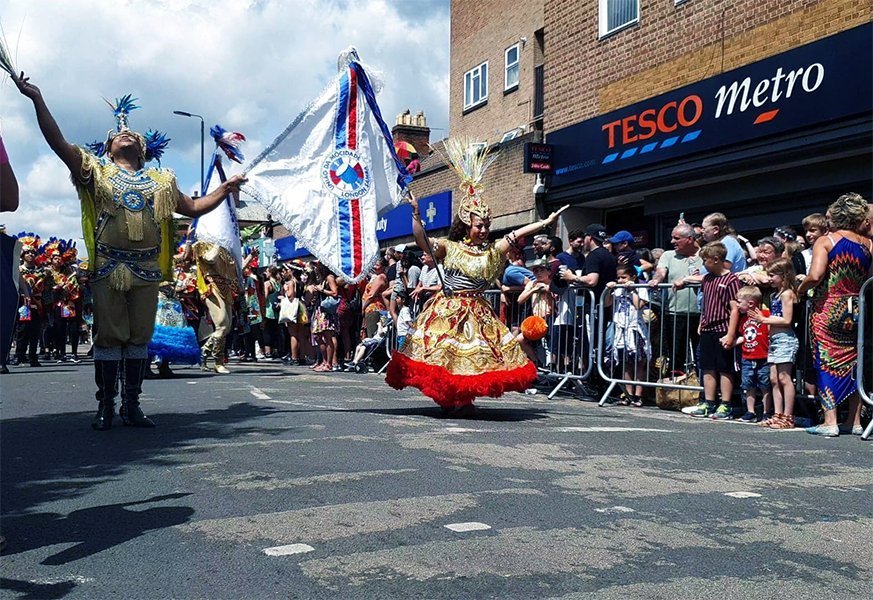 The community groups have been involved in a series of activities focused around these projects to include stargazing and space inspirations days together with designing and building workshops.

STFC public engagement grant-holder Dr Sian Tedaldi, who heads Outreach at Oxford Physics, is the project lead. She said: “Working with Cowley Road Works offers a great opportunity to bring some of the inspiring and exciting STFC science and technology to an audience who might not otherwise get to enjoy it.

“This project will enable us to reach out to and engage with groups currently unrepresented in these areas of study and work, and hopefully spark their interest in science – and encourage them to continue to learn about STEM.”

Adam Clayton of Oxfordshire MIND said: “We’ve really enjoyed collaborating with Jessica(the artist) and the University Physics department on our preparations for this year’s Carnival and are so pleased to take our place in the procession once again.”

Micaela Treadwell, Executive Director of Cowley Road Works said: “We are thrilled to be working with the STFC and Oxford Physics in this fantastic project which brings researchers, artists and local communities together to create art pieces inspired by STFC-enabled space research.

“You could see the results in the procession which was the star attraction for Carnival Day on 7 July. It was dazzling array of costumes and processional art inspired by the astronomy and space-research carried out here in Oxford.

“Oxford Physics researchers and the outreach team also lead a draw the Universe activity in the Science Zone on Carnival Day.”

Keep up to date with the Cowley Road Carnival Event by signing up to the newsletter and on the website www.cowleyroadcarnival.co.uk 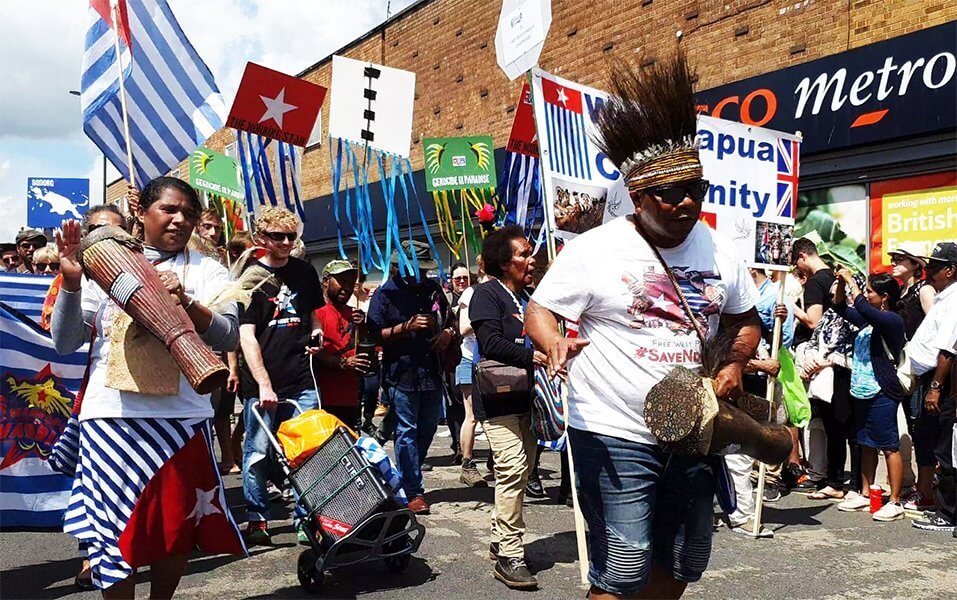 Cowley Road Works is the charity behind the organisation of the Carnival which was held on 7 July 2019.

Cowley Road Works delivers a rolling programme of county-wide outreach, creating opportunities to nurture talent, skills, and development and engaging communities through exposure to excellence in arts and culture. CRW is the charity behind the organisation of the Carnival.

Each year a theme is to galvanize and inspire the hundreds of school children, performers, dancers, musicians and community groups that take part in the famous Carnival procession. The theme for 2019 was ‘Space is the Place’. Not only does this gave the Carnival an excellent opportunity to showcase the exciting work being conducted by scientists in and around Oxford but also to look at space exploration and celebrate the 50th year anniversary of the Moon landing in July 1969. 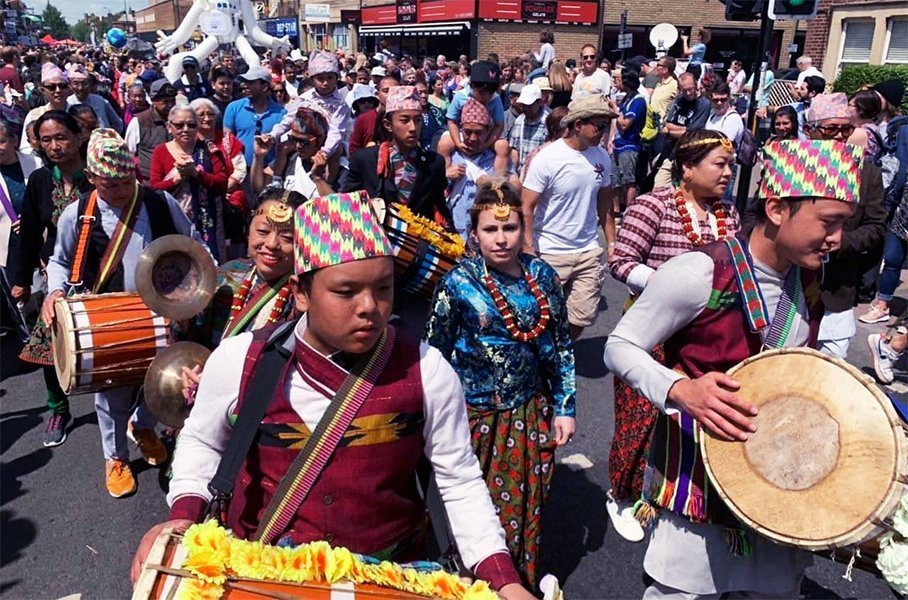 The Science and Technology Facilities Council, as part of UK Research and Innovation, is keeping the UK at the forefront of international science and tackling some of the most significant challenges facing society such as meeting our future energy needs, monitoring and understanding climate change, and global security. The Council has a broad science portfolio and works with the academic and industrial communities to share its expertise in materials science, space and ground-based astronomy technologies, laser science, microelectronics, wafer scale manufacturing, particle and nuclear physics, alternative energy production, radio communications and radar. 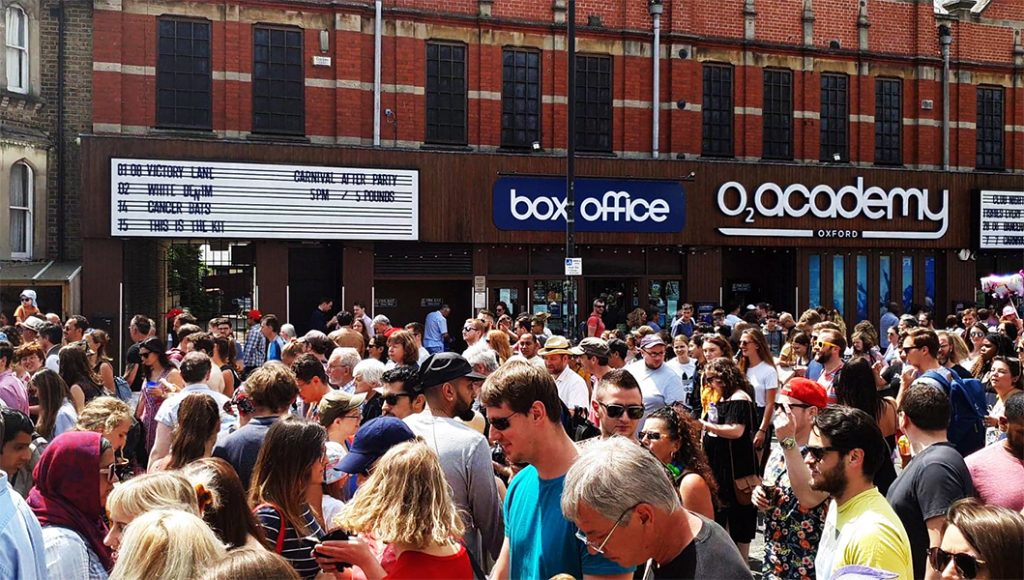 Oxford Physics is one of the best physics departments in the world, conducting cutting-edge research and teaching and developing the careers of the next generation of physicists.

As part of Oxford Physics’ strategy to ensure research is connected to a diverse range of groups, Oxford Physics has actively sought to broaden reach through the Stargazing+ programme. This follows on from the successes of Stargazing Oxford, which attracts around 1,200 people each year to the department and supports researchers in engaging with under-served audiences. Through the programme, the Department has taken activities to community centres in Oxford’s most deprived areas and a local homeless shelter, as well as creating tailored events for children with additional support needs and their families.

Partnership with CRW will provide Oxford Physics the rare opportunity to establish meaningful connections to several key organisations working at the sharp end of Oxford’s social and health programmes, as well as access to the target communities of STFC’s Wonder initiative.

Share        Near to beautiful Nature Cotswold Wildlife Park 2020 Oxfordshire, being one
Read more

BBC countryfile blenheim palace Cotswold Wildlife Park cowley road cowley road carnival oxford oxfordshire oxfordshire tourism oxford tourism visit oxfordshire woodstock
We use cookies on our website to give you the most relevant experience by remembering your preferences and repeat visits. By clicking “Accept All”, you consent to the use of ALL the cookies. However, you may visit "Cookie Settings" to provide a controlled consent.
Cookie SettingsAccept All
Manage consent

This website uses cookies to improve your experience while you navigate through the website. Out of these, the cookies that are categorized as necessary are stored on your browser as they are essential for the working of basic functionalities of the website. We also use third-party cookies that help us analyze and understand how you use this website. These cookies will be stored in your browser only with your consent. You also have the option to opt-out of these cookies. But opting out of some of these cookies may affect your browsing experience.
Necessary Always Enabled
Necessary cookies are absolutely essential for the website to function properly. These cookies ensure basic functionalities and security features of the website, anonymously.
Functional
Functional cookies help to perform certain functionalities like sharing the content of the website on social media platforms, collect feedbacks, and other third-party features.
Performance
Performance cookies are used to understand and analyze the key performance indexes of the website which helps in delivering a better user experience for the visitors.
Analytics
Analytical cookies are used to understand how visitors interact with the website. These cookies help provide information on metrics the number of visitors, bounce rate, traffic source, etc.
Advertisement
Advertisement cookies are used to provide visitors with relevant ads and marketing campaigns. These cookies track visitors across websites and collect information to provide customized ads.
Others
Other uncategorized cookies are those that are being analyzed and have not been classified into a category as yet.
SAVE & ACCEPT